Indigenous Tourism, Identity of a Territory

You are in Alberta, a western province of Canada bordering Montana in the US. You are walking along trails that meander between rocky ridges and coniferous forests. All you have in your ears is the pounding of your footsteps and the roaring of a nearby stream. Your face is caressed by the same air that blows over the eastern slope of the Rockies. You are surrounded by nature, far from the noise of everyday urban life, but what appears to be just another hiking activity is actually a unique experience. You have a guide, and this guide is a native Alberta hiker, a direct descendant of the people who have lived there long before the modern states were formed, someone who really knows what makes those trails unique, someone who invites you to get in touch with their deepest essence, someone who accompanies you into their community and their history.

This is the indigenous tourism experience: authentic and emotional. 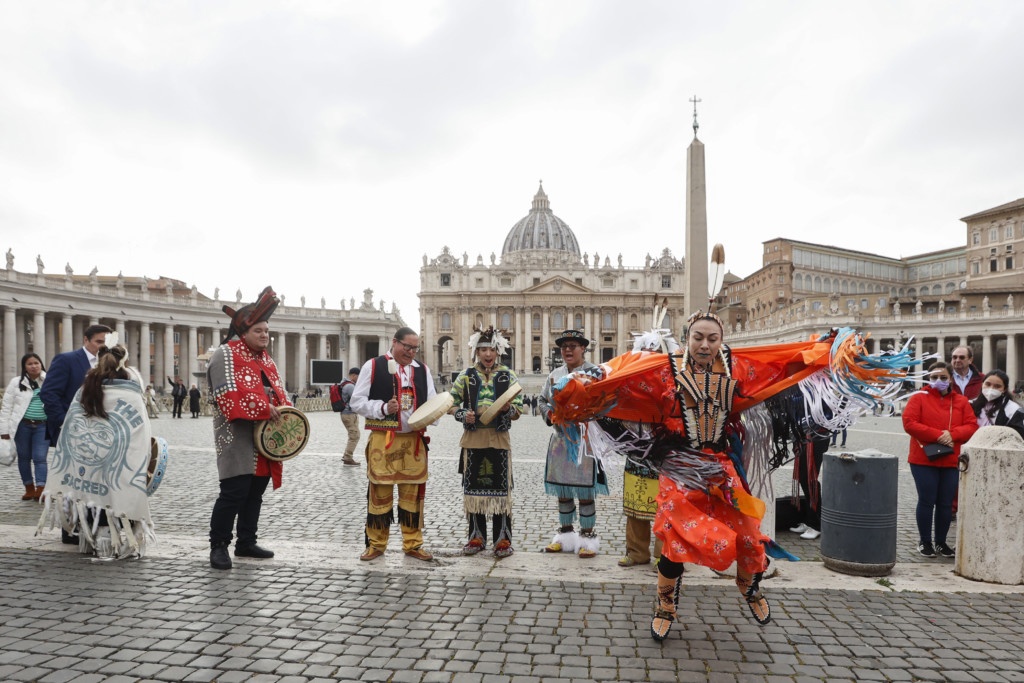 Indigenous peoples at the center

This Declaration, inspired by the United Nations Declaration on the Rights of Indigenous Peoples of 2007, is the key document to fully understand the peculiarities of indigenous tourism, which must be based on the enhancement of the traditional culture and practices of indigenous peoples and, above all, it shall contribute to the wellbeing of indigenous communities and the environment to which they belong.

By respecting traditions, safeguarding culture and land, the direct participation of indigenous peoples in tourism activities and their involvement in decision-making processes, indigenous communities are no longer just passive objects but rather they become active subjects of national and international tourism, with positive economic and social repercussions not only for indigenous communities but for the Country as a whole.

This last point is also essential for those governments that have been engaged for years in the process of reconciliation with the indigenous peoples, who in recent centuries have suffered the ravages of often-ruthless colonialism, and of tourism that has not properly valued them and indeed plundered their main treasure: their Identity.

From the Northwest Territories to the Pacific Islands

Last March, the Indigenous Tourism Association of Canada (ITAC) and Destination Canada (the government agency responsible for Canadian tourism) renewed their partnership by signing a Memorandum of Understanding. “The Government of Canada is proud to support Indigenous tourism businesses as we continue on the road to reconciliation, whether through financial assistance, technology or promotion in Canada and abroad,” said Canadian Tourism Minister Boissonnault. He also added that “the Canadian economy will not fully recover until our tourism sector recovers too.” These are key statements because they encapsulate several factors: the importance of tourism as a driver of the Country’s economic recovery, the promotion of the Country’s image abroad, and the significant role of Indigenous communities within this process.

Canada, however, is not the only country taking this path. There are many examples of indigenous tourism in every part of the world. Australia, through its national tourism agency, is committed to discovering and rediscovering Aboriginal culture thanks to the Discover Aboriginal Experiences project, a group of about 200 tourism initiatives led by Aborigines.

In Asia, the Taiwan Tourism Bureau – in the wake of the Taiwanese government’s growing interest in Aboriginal peoples – is focusing on showing indigenous ceremonies, activities and festivals, while in Mongolia the culture of nomadic peoples is of major interest.

In Africa, there are a large number of indigenous communities: from the Bushmen of Botswana to the Ashanti of Ghana, from the Mursi and Karo of Ethiopia to the Himba of Namibia and the Zulu of South Africa. Often, indigenous peoples struggle to find the right visibility, suffering greatly from the hardships experienced by the entire continent, but there are examples of increasing interest in indigenous activities by some governments. In Kenya, in the district of Laikipia, the lodge The Sanctuary at Ol Lentille – working in partnership with the Maasai community – has preserved and protected over 40,000 acres of pristine nature and since its founding (2007) it has raised over 5 million dollars that have been reinvested in the community by building schools, hospitals and water sanitation projects in collaboration with the Maasai community.

In South America, it is worth mentioning the Fundación Nacional de Turismo Indígena de Chile made up of ten native peoples from Chile with the objective of supporting and protecting their traditional native culture. Similarly, in Ecuador, Community Tourism – the tourism of local indigenous communities – has developed by including projects such as the Ricancie Project in the Amazon province of Napo, which brings together ten traditional settlements where tourists can live and participate in various activities typical of indigenous communities.

Such initiatives exist in Europe too. One example is Montenegro. By emphasizing its history as a crossroads of peoples, it shows how the clans and tribal communities of the Montenegrin territory have resisted over time and have come up to this day, especially in mountain regions and small villages away from urbanization.

A Sustainable Tourism enhancing the Identity of the Country

The role of indigenous tourism can be decisive in the Country’s promotion and in all that it entails on a social, economic and cultural level.

According to a Discussion Paper released by the National Indigenous Australians Agency in October 2019, international tourists participating in Indigenous tourism-related activities in Australia have risen by over 40% since 2013, with an average year-over-year growth of 9%. A figure that increasingly shows the interest of tourists in this type of tourism, with obvious positive impacts not only on the domestic tourism industry but on the entire social ecosystem.

Indigenous tourism meets the needs of several stakeholders: indigenous communities, governments, and the tourists themselves.

It has a strong social value since it fosters the integration process in communities usually isolated if not completely marginalized from the economic life of the country.

For indigenous communities, it becomes a source of income and self-financing, with revenues managed by the members of the communities themselves and no longer by private organizations that transform indigenous groups into simple attractions included in a pre-packaged tour. In this way, indigenous communities can make a living without having to change their habits, contaminating their culture or affecting the surrounding natural environment.

At the same time, tourists must be aware of and thus responsible for their behavior whenever they come into contact with new cultures and new lifestyles:

“Tourism must not be a disruptive element but rather must be respectful of the rhythms of life and customs of indigenous communities without making them a freak show. The visitor must be educated and prepared to respect those aspects that are not traditional tourist assets, to visit those places, to attend certain events or ceremonies.”  Livia Muto Nardone, Expert in Sustainability applied to Tourism.

Indigenous Tourism enhances the territory. Whether it is a large lake, a valley, a mountain or a desert, the environment is not just a backdrop but becomes an integral component of the experience, being itself an attribute of the host community.

Indigenous Tourism enhances and safeguards the authenticity of the destination, and therefore the very identity of the Country, by differentiating it from other destinations.

The Promotion of the Indigenous Tourism Abroad 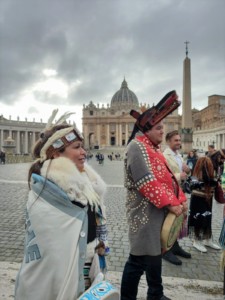 On April 1st, there was a meeting in the Vatican between the Holy Father and representatives of the indigenous peoples of Canada (Indigenous Tourism Association of Canada – ITAC). During the hearing – always with a view to reconciliation – Pope Francis took the historic opportunity to ask for forgiveness for the damage committed by colonialism, also by Catholic ministers.

For this important event, Easy Diplomacy provided its support through the organization of an extraordinary performance in the evocative setting of St. Peter’s Square. Both of these political-social and cultural-artistic events are part of a broader framework for the promotion of Canadian indigenous tourism, which in turn is a driving force for the promotion of the Country’s Image.

The main advocates of Indigenous Tourism in the world are the associations and professionals of WINTA (World Indigenous Tourism Alliance): a global network of experts in indigenous tourism involved in implementing and developing strategies for its growth.

In some cases, governments can benefit from the contribution of Foreign Tourism Boards, which are specifically dedicated to promoting the overall tourism offer of their own country. However, few are the countries that can count on Tourism Promotion Offices.

The synergy with the Embassies can become strategic and effective for all the actors involved, given that the Diplomatic Representations are the main Country Brand promoters, by taking care of the interest of their Country and dealing with its image and perception abroad.

However, these institutions and organizations – Embassies, Institutes of Tourism Promotion, associations and companies in the tourism industry – often need to rely on Consultants and companies based in the territory of reference, who are familiar with the Italian and European market, and the dynamics through which tourists can be involved as well as attracted to the various national projects.

Indigenous tourism is still an unexplored sector and – precisely for this reason – it is capable of increasing the quality of the tourist offer with new itineraries and new experiential paths. It is the tourism of cultural heritage, capable of relaunching the most authentic and unique identity of the Country.

However, it is not only about the roots of the destination Country. Indigenous tourism is the tourism of our roots, which are only waiting to be (re)discovered.