Viva Panama, the reception to celebrate 115-years of independence 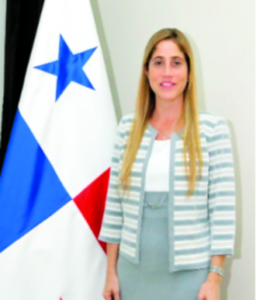 “November is a month rich of celebrations for Panama, as it gathers the most important national holidays: the independence from Spain and from Colombia, and the adoption of the national flag, just to mention a few. It has not been easy to pick only one day of this month to celebrate with you!”.

From the Speech for the 2018 National Day
by H.E. Ms. Ana María DE LEON DE ALBA, Ambassador of Panama in Italy

A classy and elegant cocktail in an exceptional venue, this was the Easy Diplomacy recipe for the Embassy of the Republic of Panama in Italy for the celebrations of the 115th anniversary of the foundation held last November 29th. 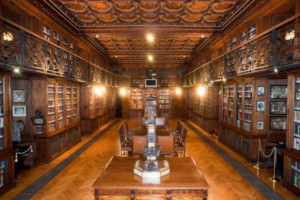 The reception took place in the magnificent setting of the Fondazione Besso, a beautiful 16th century building located in the center of Rome, whose elegance and historical importance have adequately highlighted the solemnity of the event.

Immediately after the welcome, guests were entertained in the Foundation’s library, the true gem of the building, a wooden craft masterpiece dating back to the early ‘900. With over 60,000 volumes, it undoubtedly boasts one of the city’s most impressive collections.

During her moving speech, the Ambassador recalled the important path walked not only since the day of the recognition of Panama as a Republic – November 3rd, 1903 – but also since the country’s independence from the Spanish domination in 1821, two months after the other countries of Central America. The collaboration and unity among such countries – testified by the presence of their Diplomatic Representatives – was underlined in a particular way, also recalling the importance of an institution such as IILA, the Italian-Latin American Institute, of which Ambassador H.E. Ms. Ana María DE LEON DE ALBA was recently elected Vice President. 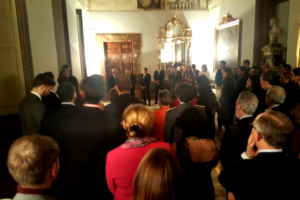 “We firmly believe in the creation of alliances and we are at the service of the international community, willing to contribute with our logistical resources to create solutions to problems affecting the whole world. Our culture welcomes people who come from everywhere: we are proud of our diversity and of our propensity for peace“, said the Ambassador, who also warmly stressed the status of the relations with our country: “Panama and Italy have been holding diplomatic relations for 114 years. Our republic has just turned 115. We have always been friends!”.

The celebrations were followed by moments of conviviality during the cocktail held in the beautiful cloister on the first floor of the building, with permission of the mild Roman weather. The set-ups included flowers and decorations personalised with the cheerful colours of the Panama flag, as well as, in full Easy Diplomacy style, a completely home-made catering combining Panamanian and Italian recipes: from empanadas to lasagne, for a great mix of Latin cultures . And to water it all, the unmissable cocktails with Abuelo, the most famous Panamanian rum. Among these, great success for the Abuelo Fizz, which with its citrus taste and the pungent touch of ginger beer has won guests of all nationalities!

>> Click here for the full photo-album of the event!

Is your Embassy about to hold a reception for the National Day or the Festive Season? Contact us and find out our new 2018 traditional menus and the exceptional ‘WINTER WONDERLAND‘ initiative.

>> Not yet a subscriber? Enter the Easy Diplomacy Community and access all the info and new ideas reserved to you!