The concept of soft power in Diplomacy was first explored by U.S. political scientist Joseph Nye in the late 1980s. According to its definition, it consists in the ability to influence actors in international relations through activities related to solidarity and culture, rather than the use of force.

Over the following years, Jeffrey Haynes, Emeritus Professor of Politics at London Metropolitan University, expanded its meaning, as he included religions by recognizing the pivotal role of religion in foreign affairs.

Soft power is a crucial component in Diplomacy and the Embassies’ key role at this time of great uncertainty has never been more important. They are the main interlocutors for the promotion of their cultural heritage abroad and geopolitical relations. Through the soft power of religious diplomacy, they play a new, precious role, not only in international relations, but also as a driver for the development, and cultural and tourist promotion of their own land. 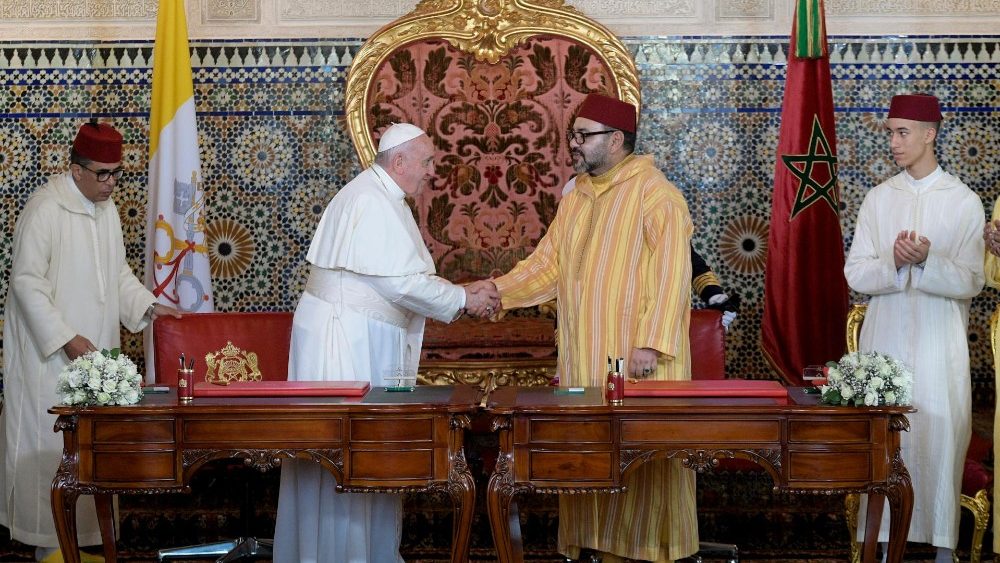 The importance of inter-religious dialogue

Non-Governmental Organizations could be the most typical example of the use of soft power. Yet, in recent decades, confessional institutions have become increasingly influential in promoting inter-faith dialogue.

The West has been losing its leading role in favor of a multi-polar system. Indeed permanent and sustainable geopolitics must be founded on these elements. Inter-religious dialogue has also been developed as a response to globalization since the end of the 20th century.

The network established among religious leaders at the beginning of the 2000s organized shadow meetings on the occasion of the G8 and G20 summits: England in 2005, Russia in 2006 and so on. After the meetings, a message was delivered to political leaders on expectations, concerns, and responsibilities over decision-making.

The Vatican’s engagement in recent events

The latest news events are causing great uncertainty. The war on the doorstep of Europe is significantly challenging the balance between pacifism, diplomacy and economic sanctions. In de-escalation negotiations, the Pope is engaging in dialogue with his Russian Orthodox counterpart, Patriarch Kirill.

The Vatican can count both on an important diplomatic structure and on the more strictly ecumenical dimension. In this conflict, again, the call for dialogue and the safety of civilians prevails. Without looking for an enemy to defeat or pointing the finger at anyone, in accordance with the principles that the Church has now embraced.

Fraternity and social cohesion are decisive concepts for peaceful coexistence, expressed in the 2020 encyclical Fratelli Tutti. Symbolically signed in Assisi, the encyclical calls on political, economic and social stakeholders to actively work to put these conditions in place. There are also noticeable continuities with 2015’s Laudato si’, which was based on respect for the environment and ecology.

Inclusion and social justice are at the center, «beyond the barriers of geography and space». Fratelli Tutti advocates for policies that are not purely governed by economics and finance, but grant dignity to human beings. There is awareness that the increasingly interconnected world can only propose shared solutions. Peace should not be perceived simply as the absence of war, but as a «craftsman» activity that concerns us all.

Religions, the encyclical says, are «at the service of fraternity» and the acts of violence in their name are due to «misinterpretations». For this reason, religious leaders are called upon to play the role of «authentic mediators».

The Pope’s Visit to Iraq 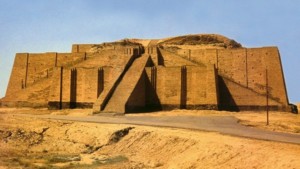 The Pope’s Visit to Iraq in 2021 is a concrete example of promoting the soft power of interreligious dialogue. In particular, the meeting with Shiite Ayatollah Ali al-Sistani and the Table held in Ur, the land of Abraham, were extremely significant as fundamental steps toward a mutual recognition between Christianity and Islam, in line with the 2019 Declaration on Human Fraternity. The document, signed in Dubai, had already defined a common ground between the Vatican and the Sunnis.

The Iraqi state is undergoing a long-term process of reconstruction and much is at stake in the coexistence between Sunnis, Shiites and Christians. Inclusion, respect for rights and minorities, are the path to restoring international accountability in the Country.

Selecting Ur, apart from its biblical richness, has also served the purpose of relaunching tourism. Iraq enjoys a cultural heritage of over 15 thousand historical sites, and Ur is one of the most visited.

The Pope’s visit is an occasion of major value for the development of Interreligious Dialogue in Iraq. It has, at the same time, promoted and made visible Today’s image of the Country: open, friendly and ready to innovate.

Another cornerstone for inter-religious dialogue was Pope Francis’ visit to Morocco in 2019. Although the Maghrebi background differs from the one in Iraq, reiterating the good relations with Christians was a greatly valuable action. Islam is the state religion, but freedom of worship is guaranteed and the King is the statutory advocate. However, proselytism and expression of (non-Islamic) faith are forbidden. The Maliki rite of Sunni Islam is the most common among inhabitants and also deemed as more moderate.

King Mohammed VI and Pope Francis signed the Appeal regarding Jerusalem, which recognizes the «sacredness» of the Holy City and «the full freedom of access to the followers of the three monotheistic religions».

In Morocco, Catholics belong to a restricted minority, mostly coming from sub-Saharan countries, under the dioceses of Rabat and Tangier. Since this group is particularly young, their access to universities is encouraged partly thanks to UNESCO scholarships. Inter-religious coexistence in universities and schools is positive, committed to human rights, women’s rights, workers’ rights and health. In short, there is an overall openness to dialogue and mutual respect between monotheistic confessions sharing common roots.

Fes, a UNESCO World Heritage Site since 1981, is probably the most famous city. Located in the north-east of the country, it attracts every kind of tourism and offers specific itineraries for any needs and interests.

Morocco proves to be one of the strongest examples of the soft power in Diplomacy, as it has successfully tapped its cultural and religious potential.

Another more recently positive case of interfaith coexistence can be found in Indonesia, a rapidly growing Southeast Asian power. After years of sectarian violence and authoritarian governments, the country has given interreligious dialogue a new defining part in its national identity.

Over the last few weeks, inviting Pope Francis has also been considered to acknowledge the good practices of coexistence and tolerance. Indonesia is the country with the largest number of Muslims, about 240 million, but it is home to several ethnic groups. Religious and political institutions are committed to developing peaceful relations and fighting against intolerance. This results in understanding, leaming and respecting each other’s diversity. Not surprisingly, the national motto is “unity in diversity”.

The right to religious choice and worship is guaranteed to the six officially recognized religions – Islam, Protestantism, Catholicism, Hinduism, Buddhism and Confucianism.

Puja Mandala in Bali, for instance, hosts a Hindu temple, a mosque, a pagoda, and Catholic and Protestant churches. The city is regarded as a national pride, a symbol of harmonious coexistence and a pilgrimage destination for different faiths. Nonetheless, tourism involves the whole country and contributes enormously to the local economy, accounting for about 13% of GDP.

Diplomacy has changed its scope compared to the role it played until the first half of the 20th century. Strictly speaking, foreign policy has now given ground to what may fall into the realm of soft power: promotion of identity, of historical and cultural heritage. Developing tourism and striving to recover after the downturn imposed by the pandemic, are precious commitments for embassies.

Tourist flows can be of tremendous benefit to the local economy, thanks to the potential income deriving from this industry. Tourism and the special untapped niche of religious tourism can provide fresh energy and profitable competitiveness. 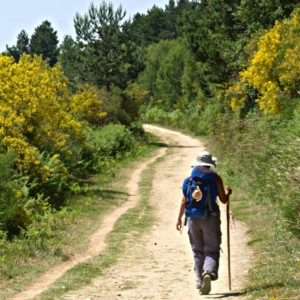 According to several companies specilized in marketing analysis, the annual growth rate of religious tourism has excellent prospects from now until 2027. This is partly because of the variety of the offer from every perspective.

UNESCO regards these travel features as becoming as attractive as sunshine and beaches. It is a tourism entrenched to the land, where nature and spirituality merge to embrace the full experience.

In 2019, the UNWTO – World Tourism Organization – estimated that religious sites account for 20% of the overall tourism. In absolute terms, this equals three hundred million travelers and a turnover of about $18 billion per year.

Asia is the core of religious tourism, with the largest number of domestic and international pilgrims and travelers. The agency reports a steady growth and enormous potential. Both economically, for the development of local communities, and for building dialogue between different faiths and cultures.

The UNWTO stressed the challenges that countries could be experiencing in sliding back towards mass hospitality. Countries must be prepared to rethink the offer in terms of environmental and territorial preservation, following specific priorities.

This is why sustainability and the protection of historical heritage are and will be the key challenge. The principle is to preserve the authenticity and integrity of the destinations, while ensuring their accessibility. With targeted communication strategies and the support of institutions, it will be possible to direct tourists to lesser-known locations which complement the chosen ones. Flexible and reliable management, innovation and international cooperation will increasingly guide decisions in an era of continuous change.

In conclusion, the soft power of religious Diplomacy and religious tourism will unlock ever more opportunities, positively impacting socio-economic development as well as image, environmental sustainability and mutual understanding.