Taxation and fiscal consultancy in Italy 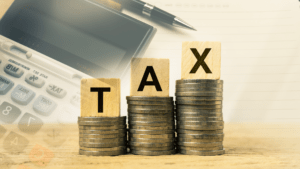 The tax advisors of Easy Diplomacy are dedicated to providing the highest standard of service and professional excellence in every phase of their activity.

Our tax advisors’ activity focuses on an in-depth analysis of all fiscal issues which involve individuals and, more generally, in the assessment of the level of direct taxation for individuals both if resident in Italy or abroad. Specific attention has also been devoted to the fiscal treatment related to, inter alia, Ambassadors and Diplomatic officers, consuls, consular officers and consular employees of diplomatic and consular missions of foreign Countries accredited to Italy as well as Expatriates, which are involved in a complex tax regime in Italy.

Our tax advisors boast a strong knowledge of issues related to the direct taxation of individuals such as the fiscal aspects connected to Real Estate assets, the incorporation of companies, international tax issues, inheritance and gift tax issues, and all those activities concerning the minimization of the tax level. Our tax advisors also assist in relation to the management, the protection and the legacy issues connected to family assets. In addition the tax advisors’ experience includes the establishment and management of family trusts and family institutions.

We provide assistance on a vast range of transactions working on issues such as: national and international VAT, direct and indirect taxation, due diligence and tax compliance, strategic tax planning and tax litigation.

Through an extensive network of foreign tax consultants, based in Europe and worldwide, we provide advice and assistance on the following matters:

We have also gained significant experience in relation to transfer pricing within groups of companies whose entities are based in Italy and abroad.

We have acquired a significant experience in advising in relation to the income deriving from international transactions including the activity carried out by Italian companies wishing to expand their activities abroad and by foreign investors looking into investing in Italy.

Our tax advisors are constantly involved in assisting on all fiscal related issues and for the planning of convenient  and long lasting investment schemes and more generally suggest the best way forward in order to minimize the tax burden.

Find out more about our services

Tax obligations for resident and non-resident individuals in Italy

In principle, Italian tax rules state that non-resident individuals are subject to individual income tax (IRPEF) only with respect of income arising from investments or activities in Italy (e.g. immovable property, participations/shares, etc.).

Conversely, an individual who, for the greater part of the fiscal year (i.e. for more than 183 days, even if not consecutive, in a calendar year):

is considered resident in Italy for tax purposes and, consequently, liable to tax obligations (i.e. payment of income tax on any income, regardless where they have been produced, and filing of income tax return).

In case the individual is considered resident in both Countries on the basis of the provisions of the foreign Country of origin, the provisions laid down by Double Tax Treaties for the avoidance of double taxation between Italy and the interested Countries will apply.

In principle, according to said Double Tax Treaties, individuals are considered resident for tax purposes on the strength of the permanence criterion or, should the latter be difficult to be established, of their nationality.

Employees at the Diplomatic and Consular Missions in Italy: Tax provisions

Article 49 of the Vienna Convention on consular relations, adopted in Vienna on 24 April, 1963, provides for ageneral exemption from all dues and taxes (personal or real, national, regional or municipal) due by consular officers, consular employees and members of their families, who, although fiscally resident in Italy, do not have Italian citizenship. Such exemption is limited to income earned in the performance of their duties.

This relief is also extended to the members of the service staff with regard to the wages received for their services.

The mentioned exemption is confirmed by Article 4 of Presidential Decree 601/1973, according to which income arising from the execution of the functions performed by any Ambassador and Diplomatic officer of foreign Countries accredited to Italy is exempted from the individual income tax. Such exemption applies, reciprocally, also to consuls, consular officers and employees of diplomatic and consular missions of foreign Countries, who are not Italian citizens.

There is no tax exemption, instead, on income of Ambassadors and Diplomatic officers, consuls, consular officers and consular employees of diplomatic and consular missions of foreign Countries accredited to Italyarising from “private” investments and activities (such as immovable property, participations/shares, financial investments and other investments/activities not linked to their functions, etc.), who, therefore, shall comply with the tax obligations provided for by Italian law.

Moreover, there is no tax exemption provided for remunerations received by Italian employees of diplomatic and consular missions who shall also comply with the tax obligations imposed by Italian law.

In this respect, Article 20 of the Labor Law applicable to employees of Embassies, Consulates, Legations, Cultural Institutes and International Organizations states that diplomatic representations are not required to withhold taxes on wages paid to their Italian employees. However, in order to enable employees to pay their income tax (IRPEF), the Representative Offices shall issue the employees with appropriate certification, by no later than 31st January of each year, stating the remuneration received during the previous year, net of social security contributions.

The Italian Revenue Agency decided that diplomatic missions are not prohibited from levying withholding tax on their Italian employees’ remuneration. However, according to the current practice, withholding tax is not levied on emoluments.

Consequently, Italian employees of diplomatic missions shall declare, at the moment of filing their tax returns, the total amount of the salary received.

a) Ambassadors and Diplomatic officers, Consuls, Consular officers and Consular employees of Diplomatic and Consular missions of foreign Countries accredited to Italy, although non Italian citizens, with respect to income arising from “private” investments and activities, and

b) Italian employees of Embassies, Consulates, Legations, Cultural Institutes and International Organizations in Italy, with regard to income arising from every investment/activity