Advanced School for Police Forces, a new collaboration is starting 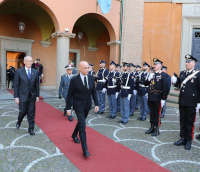 “I believe that the Advanced School for Police Forces (Scuola di Perfezionamento per le Forze di Polizia, Ed.) is an Italian excellence, which is esteemed and envied internationally”. Here is what Senator Matteo Salvini has recently declared in one of his first speeches as Interior Minister.

Today, Easy Diplomacy has the pleasure and the honour to announce a brand new special agreement with such an important Italian excellence (in Italian) and its Director, Mr. Gennaro VECCHIONE, Guardia di Finanza’s Major General.

The School was established in the 80s under the Ministry of the Interior and provides a communal special training to Officials and Officers from the four Italian Police Forces: Polizia di Stato, Arma dei Carabinieri, Polizia Penitenziaria and Guardia di Finanza. The goal is to create a shared security system and to provide updates on international coordination and cooperation.

The first School, located in Rome, has been joined by a second one on 2015. It is the International School of Higher Education for Preventing and Counter-Acting Organized Crime (Scuola Internazionale di Alta Formazione per la Prevenzione ed il Contrasto al Crimine Organizzato), located in Caserta. 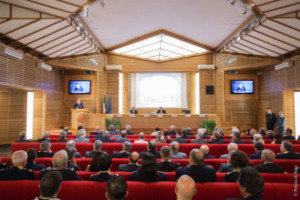 Both Schools focus on courses aimed at uniformly training specialists willing to work for Embassies abroad or for international organizations. The Schools also host foreign delegations interested in learning their educational approach.

Since 2015, 650 Officials and Officers from Italy and 76 foreign Countries have attended the Schools.

Last but not least, the Schools prominence comes not only from the high level education provided, but also from the historical importance of its Roman site, located within the extraordinary complex of Priscilla’s catacombs. Easy Diplomacy will design and offer to the Diplomatic World and Institutions special tours of such wonderful place.

Easy Diplomacy will work with both Schools to organize educational and recreational events for Officials and Diplomats, promote such events and activities, and widen the offering of services dedicated to Police Forces and more.

Special thanks go to Major General VECCHIONE for warmly backing and encouraging this collaboration with sincere enthusiasm.